John—your toughest hiring manager customer—just did another drive-by. He’s got another tough and urgent need, and he’s done what he needed to do, which is to tell you about it. You’re the TA/Recruiting leader or a recruiter/HR Pro who recruits, and John is a part of your client group.

John has some impossible roles to fill. Fifty percent of the jobs he opens are purple squirrel hunts (you don’t see many candidates), and while John’s a nice guy, you’ve been here before. As the days open on the job creep to the sixty-day range, pressure mounts and you start getting questions about the holdup.

Thanks for the order, John!

To add to the mix, John also has some opinions about what he should pay for the successful candidate as well. Spoiler alert: John likes bargains. If John had a persona built around him as a shopper, he’d be a garage sale bargain shopper, except he doesn’t like to go to garage sales to find the hidden gem. That’s your role in John’s eyes.

All of this doesn’t mean John is a bad guy. In fact, he’s awesome. But in your department’s need and desire to serve him, you’ve always just taken the open job order and done your best. You’ve never really given him real talk about how hard his openings are and what that means for the timing of the search.

You should have a different conversation with John the next time a really hard opening comes in from him.

We’re an RPO firm and we love that option for recurring needs in a single area. But you have other choices related to partners as well: check out our whitepaper on 5 TA/Recruiting Models Leaders Use for Growth to see notes on RPO, contractors, gig workers and total talent management.

But the first step isn’t thinking about models; it’s having a different conversation with John (or anyone who fits the persona) the next time he drops the impossible fill on your desk.

By having this conversation and communicating your view, at the very least, you’ll garner some understanding when the req turns 90 days old. You’ll also give yourself the best chance to get outside resources like Kinetix if you need the assist.

Good luck! Drop us a line if you need help. 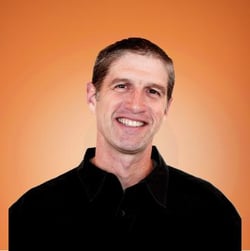 Kris Dunn
Kris is a Partner and CHRO at Kinetix. He’s also the founder of Fistful of Talent (2008) and The HR Capitalist (2007) – and has written over 70 feature columns at Workforce Management magazine. Prior to his investment at Kinetix, Kris served in HR leadership roles at DAXKO, Charter, and Cingular. In his spare time, KD hits the road as a speaker and gives the world what it needs – pop culture references linked to Human Capital street smarts.